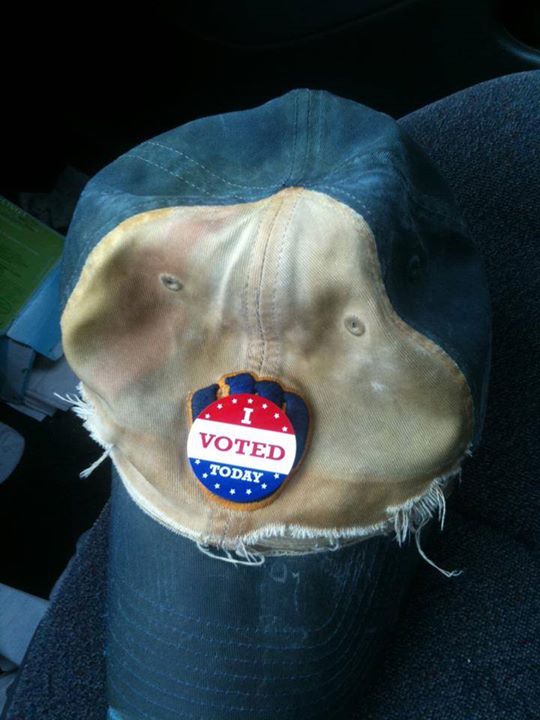 
Edit: I don't know a single song or band out of the twenty. *winner*

So I'm trying to get back into this Livejournaling system...
Because I feel it's a change we need. Or something.


But I don't know what kind of amazing things I should be posting about.
I started an essay on why I didn't vote for president, but I think it could just lead to division, and Pickup Truck Robot robot is about uniting people under his glorious treads of freedom.

Any suggestions?
Any questions about the life and times of Andamaroo?
Anyone remember how to do lj user tags?

To cogs, oil and the pursuit of positive input,
Up With Robot.

I've been out all night gathering cogs, metal wiring and grease for future endeavors and have just now returned home. I have not, as of yet, seen any elections coverage what-so-ever. But please don't fill me in as I've got hours of coverage on multiple stations waiting for me on my tivo.

The only thing is, I probably won't have time to watch any of it till the weekend, so I politely ask the following:

Please don't spoil it until I have a chance to see it. I'll let you know.

Thank you for your time and attention to this matter,


As always,
Up with Robot.

If someone was going to be stupid and buy one of them, which one should that stupid person get?

Assfingers, I'm looking at you... cause you're at work.

It is imperative that you do the following:

1 - Purchase Super Smash Bros. Brawl.
2 - Post your WII Number here so you may be humiliated by me in multiplayer combat.

In order to do the previous, you may also need to:
A - Purchase a Nintendo Wii.
B - Maintain a Highspeed Internet connection.
C - Maintain wireless access for your Nintendo Wii or purchase the lan adapter.

Up with Robot,
A

I'm going to call it Secret Snail Parade and it will focus on songs about Mill Ends Park.

Chocolatey Delight is the best cereal ever.
Collapse